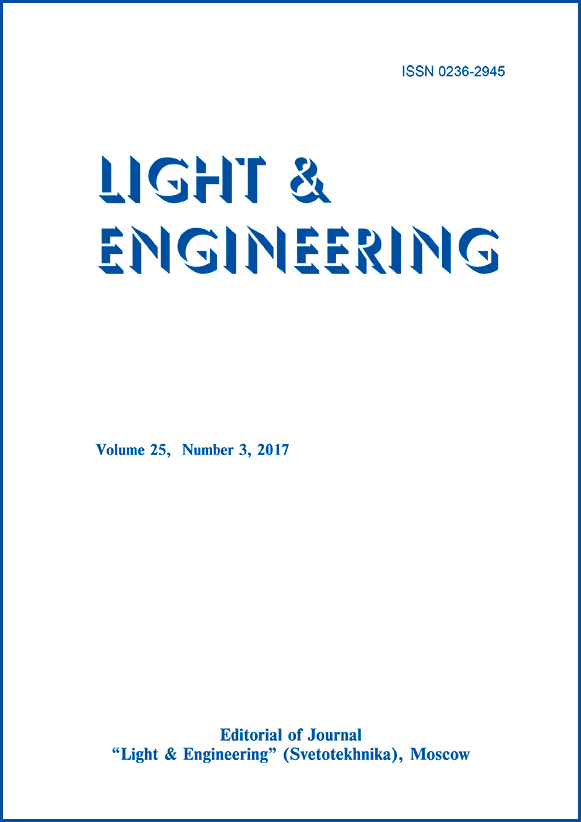 This issue of the Light and Engineering Journal is devoted to important problem of the state and development of photovoltaic or solar energy using in Photo-Voltaic (PV) systems in China.

The task of expanding the scale of application and improving the technical and economic characteristics of renewable energy sources (primarily photo-wind power plants) is one of the most important in providing energy for modern human society.

Over the past decades, significant progress has been made in the creation and use of renewable energy sources. According to Professor O.S. Popel from Joint Institute for High Temperature of the Russian Academy of Science (JIHT RAS), the total installed capacity of such operating systems in the world reached 950 GW. At the same time, 40–45 % of this total installed capacity is accounted for by photovoltaic installations. In June 2017 at the World Economic Forum in St.-Petersburg in the report “Global Energy of the Future”, the following projected figures for the use of solar energy in the global energy balance were named: 2018–7.4 %, 2035–18.8 %, 2100–25.5 %. Up to 20 % increased the efficiency of conversion of solar energy into electrical energy. The cost of photovoltaic panels has appreciably decreased and the parameters of storage batteries have improved (O.S. Popel, V.E. Fortov “Renewable Energy in the Modern World “, Tutorial, Moscow, MPEI Publishing House, 2015).

In a number of states, there are government programs to expand the use of renewable energy sources. For example, in Germany there is the program «Million solar roofs».

This problem, especially important for countries with low latitude territories and a large number of clear sunny days, is receiving much attention in China with result the country is one of the leading countries in the development and use of photovoltaic systems.

In the residential sector (single-family houses), the current use of such systems and installations in China allows to reduce the consumption of electricity from the centralized electricity supply by 15–20 % and to ensure the return on investment costs for 12–15 years. When creating large centralized photovoltaic stations, these indicators improve noticeably. In the near future, it is possible to forecast both a further significant increase in the use of photovoltaic systems, as well as an increase in their technical and economic indicators and a reduction in the payback period.

In this regional issue of the journal «Light and Engineering» a complex of problems of the creation of photovoltaic systems and their application in China in recent years is considered. Such organizational, legal, financial, personnel, logistics experiences, experience of implementation, and installation and operation, it is important to know and use in all countries that have territories with a large number of sunny days per year.

The editorial office invites experts from companies and organizations of different countries working in the photovoltaic field to take part in discussing existing problems and informing about achievements in this important and promising area in the pages of the “Light and Engineering” and “Svetotekhnika” Journals.